We are MOVING! Starting October 19th through 23rd the office will be moving. On October 24 we will be in our new office location. Click here for details.

How to Prevent Gums from Bleeding when Flossing 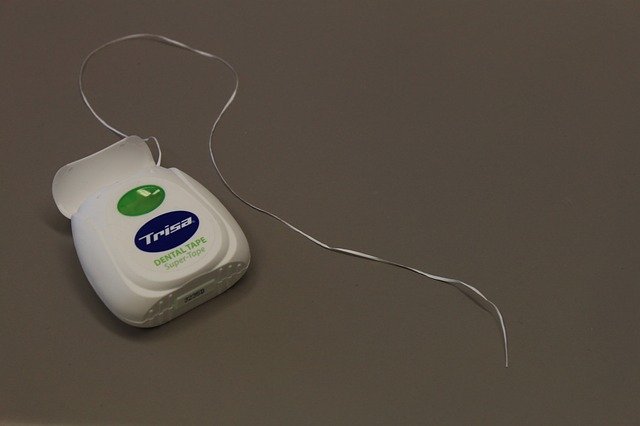 It is common for gums to bleed when flossing. There can be any number of reasons why they bleed. However, bleeding gums often indicate other underlying problems. Sometimes, when gums bleed when flossing, it’s a simple fix like technique. Other times, it’s a sign of a more serious problem like periodontal disease.

There are many possible reasons for gums to bleed. Here are some of the most common reasons for bleeding gums during flossing.

What to do if your gums bleed while flossing

If you notice bleeding when you are flossing, it doesn’t mean you are doing more harm than good. Usually, after regular proper flossing, it will go away. You may be tempted to stop flossing in areas that bleed when flossed. Actually, you need to brush and floss the area more often. If you have properly flossed for a week to 10 days and your gums still bleed while you are flossing, schedule an appointment with Dr. Mulandi. He can evaluate your flossing technique for you. He can also check your gums for any signs of disease.

Is there a proper technique?

Often, correcting your flossing technique is all that is needed to prevent your gums from bleeding. The reason you floss is to remove the sticky plaque that builds up between your teeth and gums. The proper technique includes:

Brushing Your Teeth Can Prevent Bleeding During Flossing

Brushing should be part of your daily oral care routine. Like flossing, it should be done properly. Using the right technique for brushing your teeth can help prevent gums from bleeding. When brushing with a manual toothbrush, be sure to:

It is common for your gums to become a little bit sore if you start brushing more regularly. They may even bleed a little if you haven’t been brushing routinely. This should not get worse and should subside in a week or so.

If you have been brushing and flossing your teeth every day for a week or more, and your gums still bleed when flossing, it’s time to schedule an appointment with Dr. Mulandi. After a careful examination, he can recommend brushing and flossing techniques. Bleeding gums can also be a sign of gum disease. An early diagnosis is key to successful treatment. Call us today with your questions and concerns.